Girls on Bicycles - It’s about Time to Change the Narrative!

I have a test for you. Name 10 famous female cyclists off the top of your head. Go ahead, I’ll wait. Are you having a hard time?

No need to worry because I can tell you why.

The Gender divide on cycling is astonishingly high. The recent U.S National Championships, for instance, had over 100 male riders and less than 15 female cyclists in the under 23 category. In fact, BBC cites a report by the walking and cycling charity Sustrans, which states that there are a whopping 50% fewer women than men who cycle twice a week. We believe that there are two main reasons why this may be the case.

By nature, females are more inclined to be cautious about safety than males.

Thus, it is no surprise that females are reported to evade cycling due to concerns over whether their lives are at risk by hopping on a bike in a traffic-ridden road.

The reality is that there are not enough designated roads or lanes for cyclists. And truth be told, sharing the road with drivers who are more often than not always in a hurry can be a scary experience.

Add that to the fact they these drivers are always ready to hurl insults at anyone whom they find displeasing. By default, female cyclists are always at their radar, and this does nothing at boosting their confidence in cycling.

What it does, though, is that it proves that if more bike lanes are established, then more girls will be encouraged to cycle.

Generally, there is a unanimous stereotype that sports are male activity. It is thus no surprise to discover that there are more male professional cyclists than there are women.

Because there are not enough professional female cyclists to act as role models, some girls are reluctant to the idea of getting on a saddle. However, this stereotype could not be further from the truth.

Again, this just proves that if more females venture into cycling professionally, then, young girls will be inspired to ride bicycles.

So here’s the good news. It’s not that females are not good at cycling. On the contrary, if all these issues are dealt with, then we are prone to see more female cyclists.

Now that we’ve gotten that out of the way let’s talk about why biking is gaining a lot of momentum and why in spite of their fears, girls are joining this bandwagon.

Here are 9 good reasons why we need to see more girls on bicycles.

Remember the first time you rode your bike? How freeing and exhilarating it was.

Better yet, think back to how thrilling it was to freewheel down a hill or slope for the first time. Girls and boys alike experience instant joy and loads of fun when riding a bike.

Do you know what rhymes with fun? Cool. Well, not really but truth be told; girls on bicycles are cool! There’s just something about a girl on a wheel. It’s a statement of independence.

And that there is why more girls are taking part in biking.

2. Cycling is a Great Form of Exercise

If we had to describe cycling using one sentence, it would be an activity that is guaranteed to promote good health. That’s it, folks. You can pack your bags and go!

But seriously, cycling just so happens to be one of the most recommended forms of physical activity that doesn’t only promote fitness but also helps combat a host of serious diseases!

Girls who cycle have the upper hand at having better health in the long run as compared to those who do not. For instance, cycling does an incredible job at countering obesity, which is one of the main causes of low self-esteem for females.

Most cyclists burn more than 400 calories an hour. And the faster or longer one rides, the more the calories they burn and fitter they become.

It doesn’t just end there. Girls who are regular riders are also better protected from a heart attack, stroke, depression, and diabetes.

How, you’re wondering?  To begin with, you get to work out your muscles as you pedal. Additionally, cycling has a hand at reducing cholesterol, blood pressure and coronary heart disease

If that doesn’t convince you that more girls need to be cycling, we honestly don’t know what will!

3. Cycling allows Girls to Explore their Sense of Adventure

Let’s be honest, while safety is a major reason for most girls shying away from cycling, it isn’t entirely the cause of this reluctance.

The truth is that we live in an era where children are greatly confined to their homes. With social media taking over the minds of young teenage girls, their sense of adventure is seldom met. If anything, it is met virtually rather than physically.

Today, most teenagers are engaging with each other through their big phones, and let’s just say their social lives are slowly but surely becoming non-existent.

Do you know what can counter this? Say it with me; riding! Yes, going out on a bike encourages girls to explore their neighborhoods and develop new friendships while they are at it.

This doesn’t just go for teenage girls but also for much younger girls. Through biking, girls are motivated to get out of the house, bond with nature, breathe in the fresh air, and even discover new trails.

You’re probably thinking, “What does cycling have to do with the mental health of a young girl?”

Well, the truth is that times are tougher now and even young girls are not spared from the strenuous nature of life.

Most girls are exposed to bullying at a very young age, and this makes them more prone to depression and high levels of stress. Other than that, the societal expectations that are imposed on girls can also result in high levels of anxiety.

So where does, cycling come in? Cycling does not only energize the body but also the mind. The enjoyment that riding brings can reduce mental conditions such as depression and anxiety

Cycling also brings about an aura of peace in an unmatched way. We can confidently confide in you that cycling also offers mental engagement such that a person is distracted from the adversities of life.

And hey, as girls get older and more responsible, they will realize why it is crucial to take a break from routine. Getting on a bike and cycling away, gives girls that much needed ‘me’ time.

5. Cycling is a Great way to Bond as a Family

Statistics state that girls who come from close-knitted families are more confident than those who come from broken homes. They are also more likely to be successful.

Cycling, doesn’t just look like another activity to keep your kids busy now does it?

Essentially, cycling is a perfect way of spending quality time with family. There’s nothing like getting that good laugh as you race each other, discover each other’s strengths and weaknesses all the while having a good time.

Cycling can boost your little girl’s self-esteem, especially if they are good at it. It can also bring the family closer as they have a sense of accomplishment together.

It really doesn’t hurt that cycling is a recreational activity that can be enjoyed by people of all ages. Most children who are big on cycling have parents who are pro-cyclers. So, if you think about it, it really starts at the basic family level.

Isn’t it funny how an almost insignificant activity such as cycling goes a long way in affecting the public health of a generation?

By now, we all know how detrimental vehicles are to the environment. They contribute to air pollution by depositing toxic chemicals into the air that humans and plants are dependent on.

A girl who rides regularly is conscious of the environment and has the power to encourage many future generations to take better care of the environment by cycling instead of driving. She can even encourage the government to invest in bike routes, and lanes make cycling safer.

Did I mention that cycling is also a much cheaper mode of transportation? Now that should get you going.

As we said, cycling generally promotes good health.
Teaching your girl to ride a bike; say to school every day, encourages them to be responsible for their own health. How? By reducing sedentary time spent when in a vehicle and replacing it with healthy exercise.
Girls who own bicycles also get to learn how to take care of them. As a parent, you don’t necessarily have to begin by teaching your girl how to change the oil but having them be responsible for the cleanliness of the bike is a good start.
Hopping on a bike instead of a car is honestly one of the most efficient ways to combine regular exercise and everyday routine. Cycling is also time-efficient as there is no need to set aside time for exercise if your girl happens to be a regular cyclist. That way, they have more time for other activities.
So yes, owning a bike will teach your girl how to be more responsible. Whether it is riding to the shops, mall, park, or school just make sure that cycling is a part of your girl’s daily routine.

8. Girls on Bicycles are Empowered!

What comes to your mind when you think of a bike?

Most people imagine a male person controlling the wheel. This proves that the gender divide for bikers couldn’t be further apart. Moreover, it also demonstrates how deeply etched the stereotype that ‘sports are a man’s activity’ is in our minds.

Girls on bicycles are bold as they get to reverse this stereotype. By being regular or professional cyclists, girls demonstrate that they too can be great at this male-dominated sport. Seeing more women in sports inspires many young girls to prove their athletic prowess and dare I say, also boosts their self-esteem!

So if your girl has a competitive bone and wants to test her limits, why not do it through cycling?

As for young cyclists, just learning to balance the bike by themselves encourages them to take bolder steps that are good for them as they grow up. Think about the first time you learned how to ride a bike. That exact moment when your little girl gains enough confidence to ride a pedal bike on their own without you hovering over them will be just as thrilling and monumental for her.

They learn how to be self-reliant in that one moment. And as the years go by, the symbolic feeling of depending on themselves never fades.

Cycling truly doesn’t have to be limited to one gender. In fact, both genders should be encouraged to cycle.

For those reasons, more girls need to be on bicycles.

Unlike most sports, cycling does not demand high loads of energy; neither does it require high levels of physical skill. The thing about cycling is that once you learn, you can never forget.

And any person regardless of their age or gender can become a pro at biking. With that said, young girls have no reason to shy away from biking.  So let’s get those numbers up.

Encourage your young girl to hop on that two-wheeler and pedal away! With more girls on bicycles, the problems facing motorized transport are half-solved. 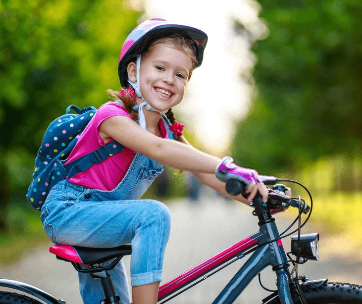 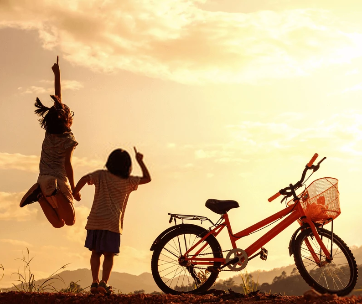 # Pedal Bikes What Kids Get from Cycling see more 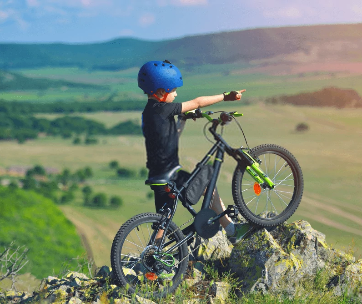 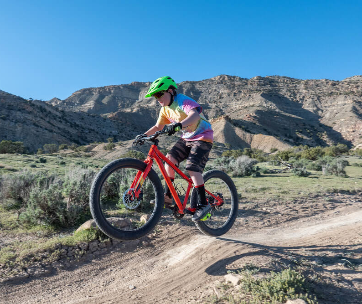 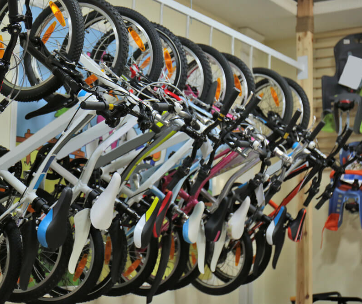 # Pedal Bikes Where to shop for kids' Bikes see more 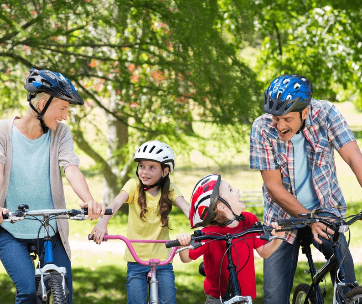 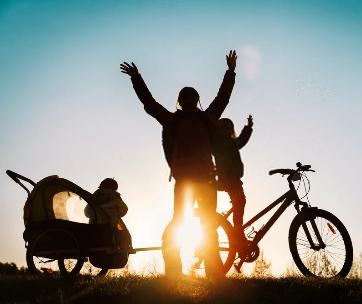 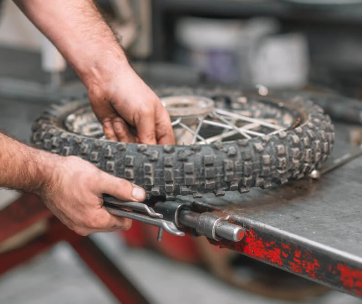 # Pedal Bikes How to Change a Bike Tube see more 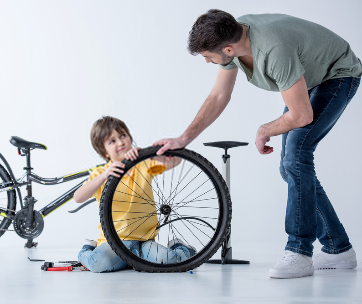 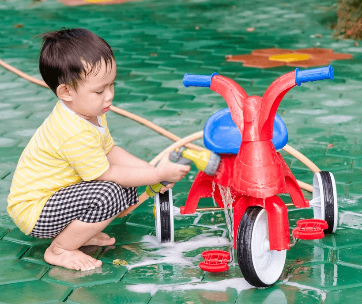 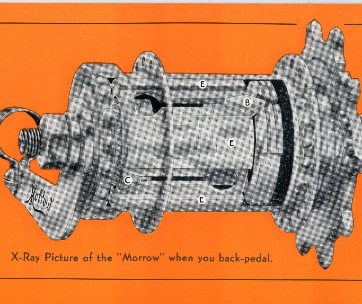 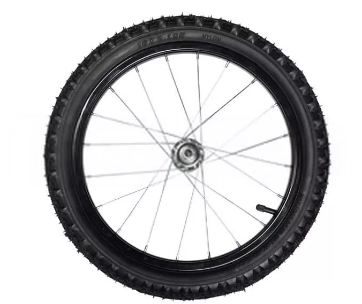 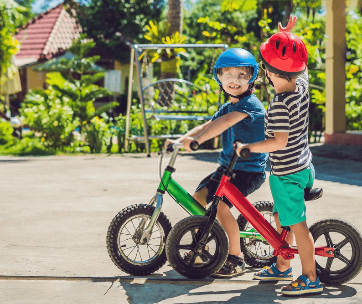 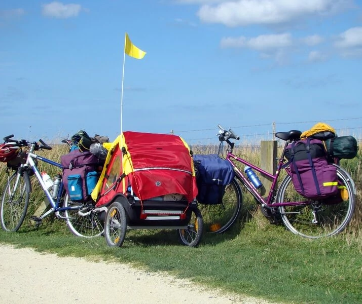 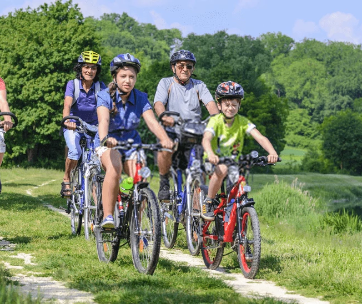 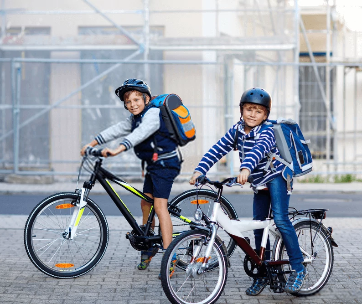 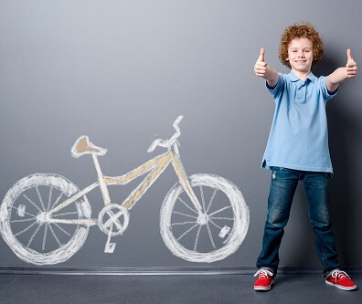 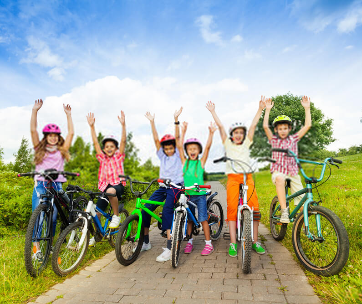 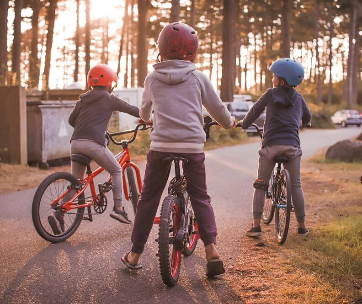 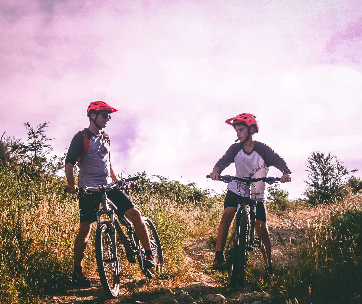 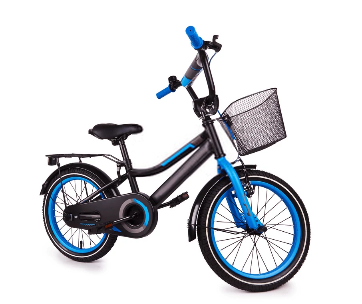 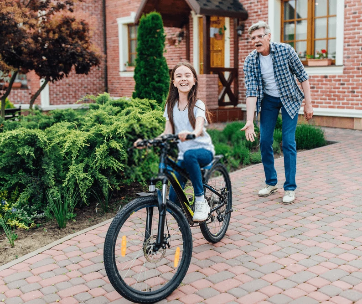 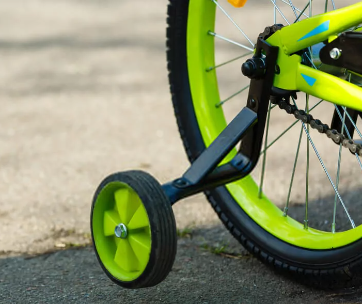 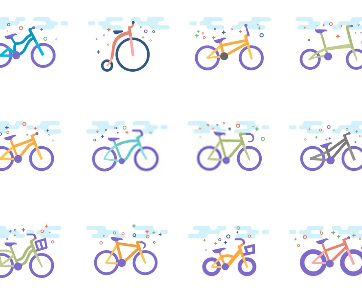 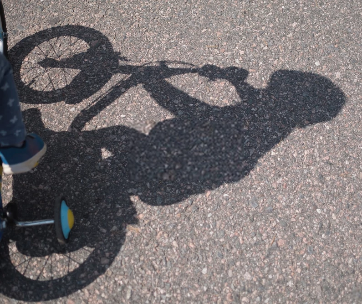 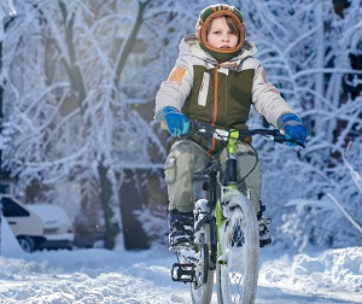